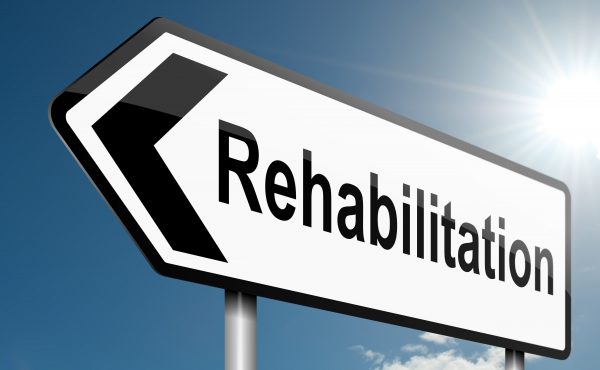 DUI convictions come with severe consequences. But there are many repeat DUI offenders, which makes it seem as if the consequences are ineffective. Lately, there’s been a push to put people with DUIs where they belong- in addiction treatment centers. Could this be more effective than jail time? Treating addicts may get better results than placing them in jail. Find out why addiction treatment may be the way to go.

If you have an addiction, jail time doesn’t get rid of that addiction. It might make drugs and alcohol inaccessible for a period of time. But that doesn’t cure you of your addiction. While it’s a short-term fix, it can’t make your addiction disappear. When you get out of jail, it’s likely that you’ll turn to drugs and alcohol once again.
No amount of punishment can make an addiction go away. The only way to help the situation is to start treating addicts. Even then, the addiction doesn’t disappear. Addicts will always be addicts. However, they learn how to control their addiction. Without learning strategies to keep your addiction at bay, you can’t kick the habit. Not treating addicts leaves drug and alcohol users to end up right where they started.

There’s proof in the statistics. Most people who face penalties don’t stay out of trouble. Usually, they end up back in jail. In the US, more than two million people have three or more DUI offenses. But it doesn’t end there. While you would think three offenses is enough for someone to quit committing the crime, that’s not enough for many people. There are approximately 400,000 people in the US with five or more DUIs. Clearly, the punishment does not deter them from committing the crime again. If you consider how many people have multiple offenses, it seems as if the punishment doesn’t make any difference at all.

Having one DUI to your name doesn’t make you a first-time DUI driver. Surprisingly, the average first-time DUI offender drives drunk 80 times before someone arrests them. It’s not a one-time thing, but a regular occurrence. Although an officer may not catch a person in the act every time, DUIs are common. With so many people drinking and driving multiples times, it’s likely that addiction is at play. It’s the best way to explain the repetitive behavior and ignoring the consequences. Addicts don’t worry about the consequences because they don’t think about them. Instead, they think about feeding their addiction.

Even when facing a license suspension, people with DUI convictions still drive. About 75% of people who have license suspensions from a DUI drive their vehicles. Once again, they don’t worry about the consequences. It’s a sign that there’s more at play than bad behavior. The problem might not be the individual, but the addiction.

How does addiction treatment help?

Why is Treating Addicts so Important?

You might be wondering why it matters that so many people get multiple DUIs. There is one simple answer to that question: it makes the roads unsafe. Every year, thousands of people die in accidents involving drivers who were under the influence of drugs or alcohol. These accidents often result in serious injury and sometimes death.
If treating addicts is the best way to prevent people from driving under the influence, why shouldn’t it happen? It’s a way to prevent DUIs and to keep the roads safe. When you don’t have as many offenders, the roads can be a much safer place with fewer fatalities and accidents.

It all comes down to treating addicts, and people are starting to realize that. The courts are making a bigger push towards treating addicts, and this could be good news for you. If you hire an experienced Rhode Island drug defense lawyer, you may be able to get addiction treatment as one of your penalties. A much better alternative than jail time, you could prevent future DUIs. It may be just what you need to get your life back on track. Talk to a lawyer to find out what options you have, and don’t settle for a maximum penalty.

America’s Drug Problem and the Rise of Drug Crimes

DUI convictions come with severe consequences. But there are many repeat DUI offenders, which makes…

DUI convictions come with severe consequences. But there are many repeat DUI offenders, which makes…