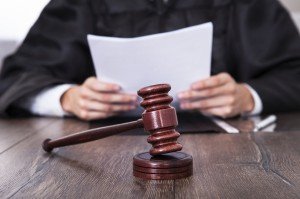 Any defendants facing a bail hearing and or a bail violation hearing must have the right representation to ensure release during the pendency of the case. Attorney John E. MacDonald has 25+ years experience aggressively representing clients facing incarceration long before they can have their day in court at trial. If you or a loved one is facing a bail hearing on a capital offense or drug charge or a bail violation hearing on any charge, contact the Law Office of John E. MacDonald today to schedule your consultation.

When a bail hearing is conducted for a capital or drug distribution offense, the court is required to make a two-tiered finding after a bail hearing:

Under tier one, the court must weigh the evidence, in the light most favorable to the state, without assessing credibility, to determine if ‘proof of guilt is evident or the presumption great’ that a non-bailable offense was committed and that the defendant committed it. If tier one is satisfied, the court may hold the defendant without bail unless discretion is exercised under tier two.

‘Proof of guilt evident or presumption great’ is a standard higher than probable cause and equivalent to the reasonable satisfaction standard of a violation hearing.

Securing an experienced attorney for your bail hearing is vital for defending your rights. If you’re seeking an experienced Rhode Island Bail Hearing Lawyer contact The Law Office of John MacDonald at (401) 421-1440 for a consultation.