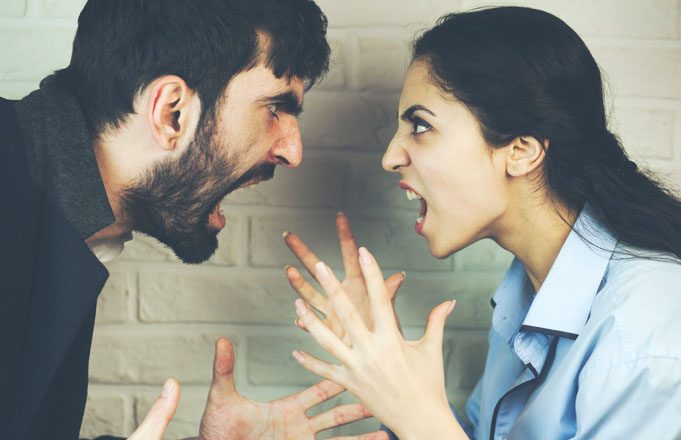 There is a double-edged sword when it comes to domestic violence. The criminal justice system has to favor the accuser to prevent other victims from feeling afraid. However, the other side of the coin is the defendant. Courts issue millions of restraining orders a year. Some studies suggest that there are countless false allegations of domestic violence every year. The defendants in these cases have their lives turned upside down because of these charges. Today we are going to look at just how big of a problem false domestic violence allegations are.

The Problem With False Allegations of Domestic Violence

If you ran up to a police officer right now and made a report of a crime that didn’t happen, you would receive criminal charges. However, with domestic abuse charges, this is not the case. Courts never charge the accuser in a false domestic abuse case. The reason being is that they want everyone to feel comfortable enough with the legal system to come forward in actual cases of abuse. Giving a victim any additional reasons to not speak up could cause harm to more people than the good that could come from prosecuting someone.

The other issue is that 32 states laws don’t require any physical assault. Someone can receive a protective order for feeling afraid, apprehensive or experiencing emotional distress. The case that shows the flaws in the protective order process the most is one that involved late night tv host David Letterman. In 2005 a woman who never met the comedian filed for and received a protective order against Letterman because he was allegedly “beaming televised code words and seductive eye gestures” at her. Because there was no requirement for a physical altercation, the order was granted.

False allegations of domestic violence occur at a high frequency in divorce proceedings. Some people even use this type of tactic as a tool in child custody battles. 25% of all divorces include allegations of domestic violence. The courts in 48 states must consider these allegations while making rulings in child custody hearings. Protection orders are clearly meant to offer protection in serious situations. Now, they have been turned into a weapon in divorce cases. This system is ripe for abuse, and something needs to change.

Courts issue 1.5 million false or trivial temporary restraining orders every year. In half of those cases, no physical violence actually occurs. This makes up about 70% of the total number of restraining order courts issue every year. The cost to the taxpayer in each case is approximately $2,000 to issue, serve, and adjudicate the order. 85% of these orders target men, the other 15% are against women.

There are on average, 700,000 false charges of domestic violence each year in the U.S. If you assume that each one of these people spends only one night in jail, the cost to the tax-payer in simply housing these “criminals” is almost $60 million. Municipalities could use this money on other services such as schools, hospitals, and infrastructure repairs. Instead, this money goes to prosecute false allegations of domestic violence.

What To Do In False Domestic Violence Cases

You may think that because you know you didn’t do anything, you can sit back, relax and let justice work. That would be a mistake. If you receive any allegation of domestic violence you are going to want to face it head on.

The next thing you will want to do is to start collecting any electronic communication between you and your accuser. Emails, text messages, voicemail, and any recordings you may have could help your case. This is especially helpful if your abuser threatens to press charges in one of these communications.

Also, you will want to find any witnesses to the event. You could also find people that will testify to your character at your hearing.

How Can We Help?

Rhode Island Criminal Defense Lawyer John E. MacDonald has years of experience dealing with false allegations of domestic violence. Don’t trust your divorce attorney with your criminal case. Contact us today to learn how we can help you.

There is a double-edged sword when it comes to domestic violence. The criminal justice system…

Top 10 States with the most Domestic Abuse Cases

There is a double-edged sword when it comes to domestic violence. The criminal justice system…