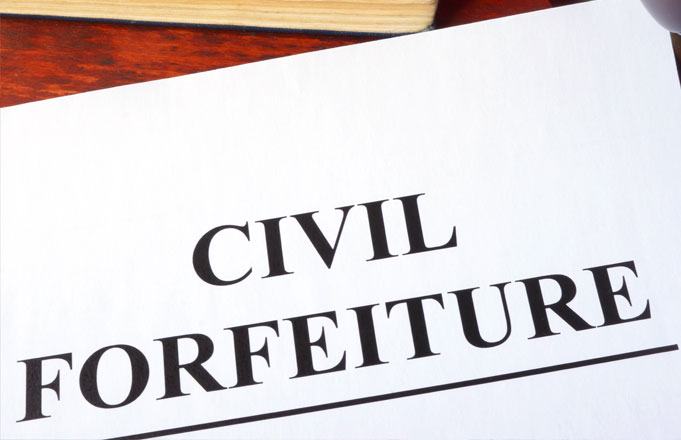 Did you know that the police can seize your money, property, and possessions even if there is no conviction in your case? States nationwide are starting to exploit forfeiture laws to help pay for their department needs. Many rights advocacy groups have been fighting back when it comes to these types of laws. Today we will discuss the forfeiture laws, the statistics in Rhode Island, and what you can do to fight back.

Let’s take a look at an example to show just how unfair the system is. In Rhode Island, if you let someone borrow your car and they decide to transport drugs in it, your car can and will be seized. Even if the person who borrows your car said they were just running to a convenience store, your car could be seized. Then the burden to prove that you knew nothing about the crime being committed is placed on you.

One problem with civil forfeiture laws is that police agencies in Rhode Island keep 70% of the proceeds. Many critics consider this type of policy as policing for a profit. Many organizations rely on this money to make ends meet when it comes to their budgets. The attorney general’s office receives 20% of the proceeds and the state Department of Behavioral Healthcare receive 10%. Laws like these across the country incentivize police to seize a person’s property.

In some states, you don’t even have to be in the act of committing a crime for the police to take your property. Say you are traveling with $10,000 in cash to purchase a new car. If an officer pulls you over and finds the money, they can take it and say that they have probable cause to believe the money is drug proceeds. This is particularly the case in states that have drug corridors traveling through them, such as I-95.

Another problem with forfeiture laws is that you are guilty until proven innocent. The foundation of our justice system is that all criminals are innocent to proven guilty. However, when it comes to seizing your property, this isn’t the case. Rhode Island is one of only ten states that the burden of proof in civil seizure laws is probable cause.

How Big Is the Problem?

Between 2009 and 2014 Rhode Island seized $8.3 million in property. This is an average of $1.4 million a year. The 2015 budget for the Department of Public Security was about $130 million. That means they increase their budget by 10% every year by seizing people’s property. This allows police departments to hire more officers and buy more equipment, but at what cost? Are our civil liberties worth it? Only you can answer that question for yourself.

Some of the seizures are well within the scope of the law. Taking away money from drug dealers that have obviously profited from the sale of narcotics makes sense. However, where we draw the line as to what is legal and what isn’t makes a big difference in cases like these.

Fixing the problem isn’t cut and dry. Obviously, a police department should be able to seize property and money from proven criminals. However, there should at least be policies in place that protect individuals from forfeiture in cases without convictions. Increasing the burden of proof on the prosecution may reduce the problem of civil seizures as well.

How John MacDonald Can Help

Top rated RI Criminal Defense Attorney John E. Macdonald helps people fight back against the broken civil forfeiture system in Rhode Island. He successfully helps people get money and property back that was wrongfully taken from them. As one of the top Rhode Island Forfeiture Defense Attorneys, he can help you with Federal or State seizures. Whether your local police department, IRS, DEA, or the FBI is responsible for the seizure, you can fight back.  If you have had money or property taken contact John Macdonald and find out how he can help. Contact us today to find out how we can help and the best way to move forward with your case.

Did you know that the police can seize your money, property, and possessions even if…

Did you know that the police can seize your money, property, and possessions even if…