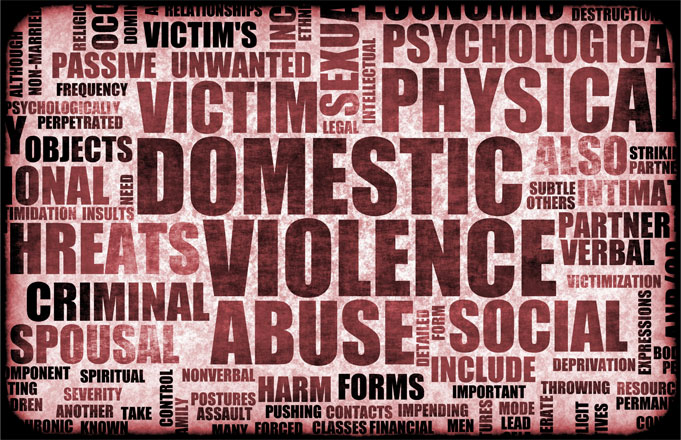 Being a victim of spousal abuse is a tricky and unfortunate situation. Many factors contribute to a case of spousal abuse which can include forms of stalking or physical and emotional damage. The pursuit of spousal abuse charges depends on whether the abuse results in serious bodily injury, is continual, or if there is a history of abusive behavior.

What is Spousal Abuse?

Spousal abuse is a pattern of behavior. When the abuse is emotional, there are frequent verbal threats, demeaning comments, intimidation, and humiliation that make the victim feel worthless, powerless and even fear for their safety. Physical abuse involves acts of violence such as slapping, shoving or hitting. Typically, the abuser will show their dominance over the victim through these behaviors.

What Are the Types of Spousal Abuse?

Each one of these types is relatively common and cause fear, desperation and an extreme sense of helplessness in the victim. Continue reading to learn more about how you can recognize the signs of spousal abuse.

What Are the Differences?

Many instances of spousal abuse go unreported. In fact, many victims try to justify their spouse’s behavior. However, the abusive pattern tends to escalate and what starts out as verbal harassment can quickly turn physical. Here are some instances of abusive situations:

Physical: Physical abuse is the most recognizable as it involves causing the victim physical pain or bodily damage. However, the injury doesn’t have to be a major one. Even if you have been slapped and do not need to visit a hospital, it is still abuse.

Emotional: Emotional abuse involves destroying the victim’s self-worth which is brought on by constant insults, humiliation and degrading comments. It can be challenging to identify emotional abuse since the victim is usually good at hiding their distress. Evidence of emotional abuse stacks with other instances of abuse such as physical, financial or sexual abuse. Otherwise, it can be difficult to prove.

Financial: Financial abuse is tough to spot and can take on many forms. Financial abuse can be preventing a spouse from getting a job or education to better themselves. It is very common when families pool their money into one bank account, and only one spouse controls it. It is common for the abuser to cut the spouse off of all sources of income so that they are entirely dependent on them.

Psychological: Psychological abuse is similar to emotional abuse and must be persistent in order to prove. The term refers to instilling immense amounts of fear into the victim through different behaviors. A typical example is when a spouse prevents the other from seeing friends or family unless they have “permission,” otherwise, there may be repercussions such as blackmail.

What Are the Charges?

The Rhode Island Domestic Violence Act states that “(a) The primary duty of law enforcement officers when responding to a domestic violence situation is to enforce the laws allegedly violated and to protect the victim.”

If you are found guilty in a domestic or spousal abuse case, you can be charged with assault, battery or criminal sexual conduct. You do not need to have inflicted any physical harm to your spouse to be charged with spousal abuse. These charges can become felonies if the accused has a criminal record, weapons, or serious bodily injury has occurred such as a broken limb or sexual assault.

For the most part, spousal abuse charges are misdemeanors with six months to one year of jail time and probation. The accused may be placed under a restraining order and may be ordered to attend counseling sessions.

If the accused uses a weapon or has a criminal record, then the mentioned could face a felony and with up to 10 years in prison.

How Can an Attorney Help?

If you live in Rhode Island or Massachusetts and you have been a victim of spousal abuse, or you feel that you are not to blame for an abusive situation, it is crucial that you have the right attorney fighting for you. Contact the RI Domestic Violence Lawyers of the Law Office of John E. MacDonald. With over 20 years of experience in practicing Criminal Defense cases including domestic violence cases, John E. MacDonald is wildly successful in aggressively defending clients charged in all criminal cases ranging from abuse and assault to capital murder. Contact John E. MacDonald today for a consultation.

If you find that you are a victim of spousal abuse, there are options for you to seek help. Contact the police, confide in a trusted friend, file for a restraining order, or reach out to an experienced Family Law attorney such as John E. MacDonald.

Domestic Assault Charges: What You Need To Know

Being a victim of spousal abuse is a tricky and unfortunate situation. Many factors contribute…

Being a victim of spousal abuse is a tricky and unfortunate situation. Many factors contribute…