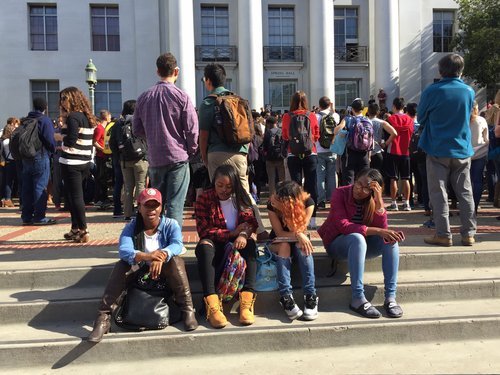 No one wishes to be in legal trouble, and no one wishes to commit crimes. Crimes do happen, however, and people do mishandle their business to lead to the crimes. The best way to avoid committing a crime is to know what the different crimes are. While you may feel you know the different ins and outs of the crimes, there may be one you’re missing. Committing that crime could prove costly to your current and future status both as a student and as an overall citizen. Rather than risking your standing in society, learning about the different college crimes will go a long way towards ensuring you do not make costly mistakes.

Drinking leads to further controversies and poor decisions, which nobody wants. It is illegal for those under the age of 21, and colleges do not take the law lightly. If caught drinking underage, there are various legal actions that can be taken against you.

Alcohol usage often leads to harder drug usage, such as marijuana, cocaine, or more. Drug use’s toleration by colleges ranks even lower, as colleges are trying to stop the spread and usage of potentially dangerous substances. Drug use is one of the most prevalent college crimes for similar reasons to alcohol use. At parties, drugs tend to be passed around, leading to possible injuries or illnesses. Whenever anyone ends up hurt, the police find out about it. The police are not understanding when it comes to drug use, as they are there to uphold the law. Possession, manufacturing, use, or distribution of drugs all fall under the umbrella of drug crimes. Drug crimes can land you in jail, needing a Criminal Defense Laywer to work your case to keep you out of prison.

The best bet is to avoid drugs and avoid any substances that are not legal. While Defense Lawyers are prepared to help you fight to the best of your ability, college crimes are serious matters that can harm your future standing as a member of society.

Sexual Assault is another serious crime that can land you in jail. Sexual assault is a common college crime, as college students often do not know when or how to take no for an answer. That misunderstanding leads to various moments that are unacceptable by the law and by being an acceptable member of the college community and society as a whole. Assault does not have to be physical, as there are various kinds of assault. Verbal assault is one prevalent kind of college crime. Verbal assault, for example, is when a college student yells at another student or member of society inappropriate comments. Perhaps it’s an inappropriate gesture that leads to the punishment. Regardless of the cause, assault can be non-physical in its nature.

However, the most common type of assault is physical assault. Physical assault carries a large umbrella of types of actions that carry criminal penalties. In the case of causing physical harm to another person or college student, there is no leeway in the law. Colleges are under constant pressure to ensure that their communities are safe, so your actions are harming their chances of speaking to the safety of their respective campuses.

Thus, assault is one area that colleges take extremely seriously. Battery falls under a similar category, as a physical attack in nature leads to criminal charges as well. Physical crimes are as severe or worse than non-physical crimes, as they all fall under the college crimes category. Avoiding such crimes goes a long way towards avoiding putting yourself in a poor situation for your present and future.

When You Need a College Misconduct Attorney

College crimes exist and carry strong penalties to go along with them. While college students…