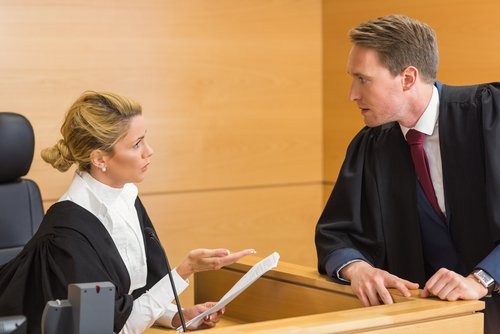 If a court has convicted you of a crime, you may be considering expungement in Rhode Island. A criminal record can make it difficult to find a job or access other privileges. In these cases, expungement may be a process look into for the long-term benefits. Expungement is a process for first-time offenders to have their records sealed, or expunged, if a judge deems it appropriate.

If a court convicted you of a misdemeanor, you could file the civil action of expungement five years after your conviction. If you a court convicted you of a felony, you could file after ten years. Granted, this is if and only if a court has not convicted you of any crimes since, nor have you violated parole terms. You can request a blank motion from your local court and fill it out yourself. When the court gives you the date they will hear your motion, it is your responsibility to inform the Department of the Attorney General and the police department that initially charged you.

To have your case considered for expungement in Rhode Island, you’ll need to provide five pieces of evidence for the judge who will try your suit:

After the court issues a verdict, you must report it to the Attorney General and the police department who brought the charge against you.

For the purposes of the court, crimes of violence include any crime committed against another individual, including:

In addition to not committing a crime of violence, the judge will want to know you have good moral character. “Good moral character” means you should assure the court you portray such virtues as integrity, courage, honesty and loyalty. Essentially, they want to know that if they expunge your record, you have the moral compass to abstain from any future criminal activity.

Rehabilitation can mean you participated in a rehabilitation program, or checked into an institution. It more often means you have re-entered society as a functional member. The court will want to see your records to be sure you haven’t formed offensive habits. They can usually determine this by the evidence for you as a first-time offender. Rehabilitation may include evidence of a steady job, counseling completion (either drug or mental health), community service, professional certification, or potential induction into national armed forces.

As for your expungement in Rhode Island working toward the public interest, this is up to the judge’s discretion. It is often determined in accordance with local politics, goals, and management. Much like rehabilitation, the court wants to see you are fit to contribute to society in a healthy way.

When the court expunges your case, you no longer have to claim the crime on formal documents. For example, if you want to apply for a job or apartment, you do not need to disclose the expunged crime.

However, just because the court expunged your conviction does not mean it the court has erased it from your record forever. In situations involving federal and lower-level government agencies, the record will still be present. The expunged case is technically “under seal.” However, if you commit another crime, the court has the right to open the seal and access the record as proof of a prior conviction. Expunged records are particularly critical for immigration and deportation cases, as any prior record can make or break the case.

Expungement is different from a pardon. A pardon gives a formal forgiveness while society treats an expunged case as if it never occurred. Furthermore, only the President of the United States can grant pardons.

According to state law, there are situations in which you could be legally required to share information pertaining to your expunged record. RIGL § 12-1 3-4 (b) states you must disclose the expungement if you are applying for a position in law enforcement, early childhood educational facilities or certificates therein. Full Rhode Island expungement laws.

Can my criminal history be expunged in Rhode Island?

If a court has convicted you of a crime, you may be considering expungement in…